After of the smashing success of Scientastic, Tim and Ruth return with a brand new show. Breaking down science, technology and engineering into fun and easy-to-grasp ideas, Scientastic: Movement & Machines is an experience for all ages.
Bursting with a new enthusiasm for science, Tim tries to take the reigns of the show, foiling Ruth’s careful plans! After a fierce (albeit comedic) disagreement, the two decide to cooperate.

Ruth kicks off the physics end of the show, delving into the nitty gritty of Newton’s Three Laws. Her experiments push, pull, wow and amaze the captive audience. Tim then follows with his passion for mechanical marvels, demonstrating that complex engineering feats can be broken down into a few simple machines. The pair build each machine as they go, with bundles of laughs and a touch of mischief along the way.

Wheels roll, levers lift and wedges cut as Tim and Ruth prepare a spectacular finale. But for this fantastic contraption to work, the pair might need some volunteers to help them…

Using visual demonstrations and lots of audience participation, this innovative show engages students with core STEM ideas in a fun and interactive way.

What teachers have said about Scientastic:

Excellent! The explanation of the experiments was child-friendly yet scientific enough for the older students. Curriculum relevant for all age levels.

Tim and Ruth are lively, enthusiastic, very organised and easy to hear & understand. Great interest and engagement from all our students, Prep-6. Some amazing new experiments we haven’t seen before in similar shows. Great job! Well done! 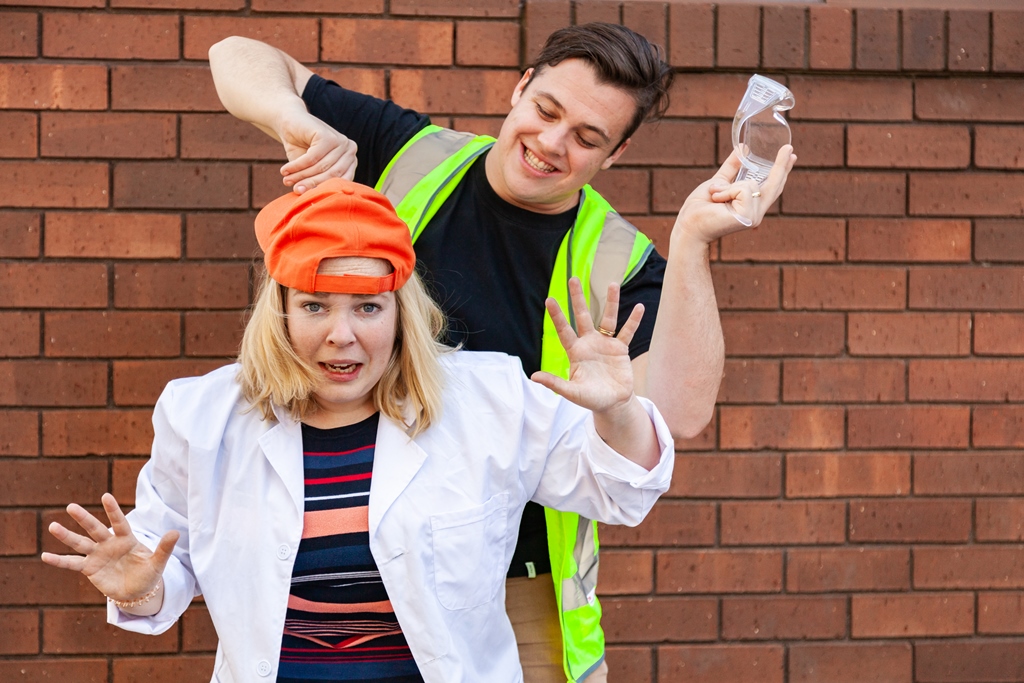